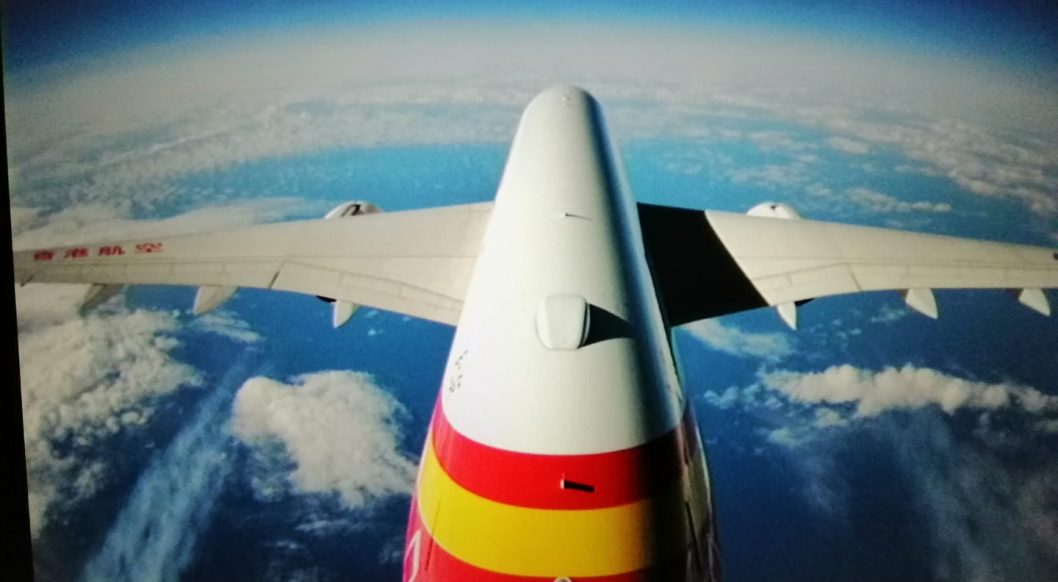 Your market believes what they want to believe.

It’s the way you frame things that determines their meaning.

Where you see a simple situation, they’ll see their angels and their demons.

Take this photo for example…

Let’s assume you’re using this photo in an email, as some kind of proof element.

OK so what are you trying to prove?

If you want to prove the earth is round, show this as proof.

But if you want to prove the earth is flat, all you gotta do is say this was taken with a fish eye lens camera.

Chem trails? You can see where to add a big red arrow or 2.

No Chem trails? Just point out the fact that the stuff is coming directly from the engines.

Showing your audience that you can travel the world for cheap getting amazing deals for backpackers?

Frame this as being taken from your coach seat that cost peanuts.

These are just random post-german-beer examples.

The point is simple… And powerful.

It’s all in the reframing and the pre selling.

What you say BEFORE you sell, is just as important as at any other point in the process.

If I showed you a Pic of me in a 1st class seat right before this Pic, the 2 would be linked.

But if I showed me at the back of a long line waiting to board an air Asia flight, you’d definitely assume it was taken from my coach seat in row 78.

Proof elements are important, but the way you lead up to one in copy is crucial.

Especially if there’s scope for conjecture or the possibility of photoshopping hijinks.

This is why earnings screenshots of clickbank etc aren’t worth using… Unless you frame and presell them right from the start.

Read Presuasion by Cialdini for more on this.